PREPARING FOR THE NEXT CONTRACTION (And Other COVID-19 Observations) 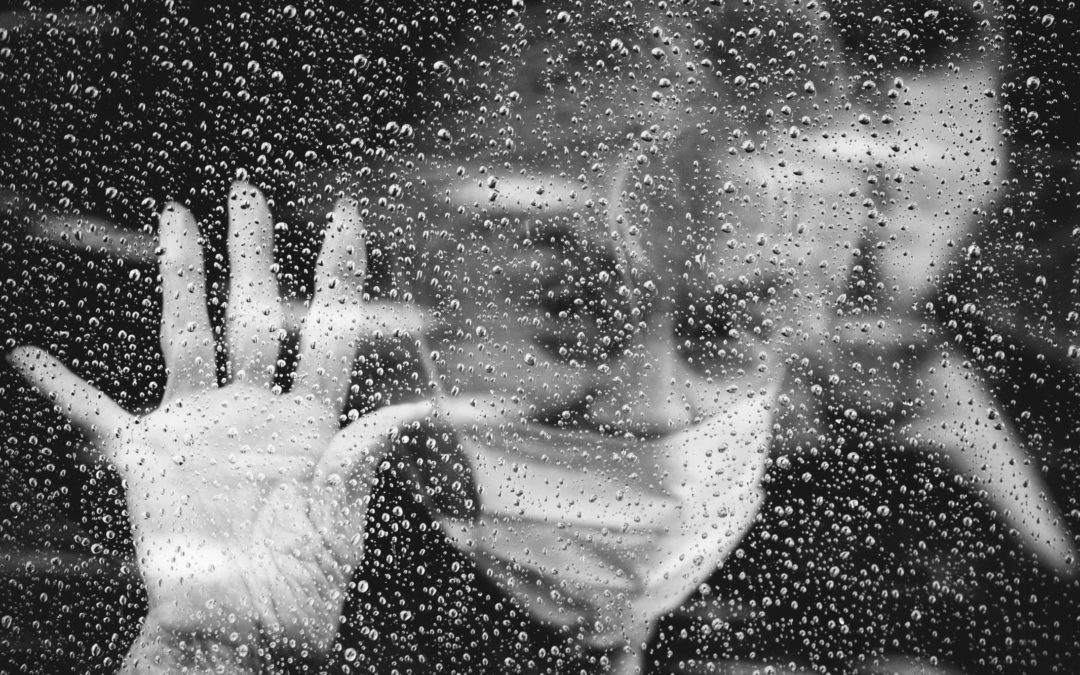 Any student of Bible prophecy should be familiar with the Lord’s declaration that the signs of His coming will be like an expectant mother’s labor pains. And we are all familiar with what contractions represent, that is, the beginning of labor and the eventual delivery of the long-anticipated child. Once the contractions start, there is no stopping them. They will only increase in frequency and intensity. Braxton Hicks contractions aside, labor pains mean delivery is imminent, so momma better grab her prepacked bag and get to the hospital! We understand that Creation is “pregnant” with the Kingdom of God, appointed to give birth to the Lord’s return. I hope your bags are packed and you’re ready for His arrival, because in case you hadn’t noticed, the contractions have begun.

The whole of the world is on the backside of what appears to be the first real endtime “labor pain.” I realize that the Lord’s list of prophetic contractions include wars, rumors of wars, political uprisings, racial tensions, famines, pestilences, and earthquakes in diverse places; and though we’ve always had these pains flaring up and settling down throughout the world for the last 2,000 years, there has yet to be a single contraction that affected the entire world all at once. Not even World War 2 touched the entire world. This coronavirus pandemic has been different because it is the first time the pain of one of the Lord’s prophesied contractions has been felt by the entire world—simultaneously. Furthermore, not since the Tower of Babel has the entirety of the world’s population and their leaders moved together in unity and agreement. And though the unified movements and strategies of world leaders have all been done in the name of peace, safety, and health, it has, strangely enough, been the most wide-spread suppression of personal liberties in human history.

THIS HAS BEEN A TEST
If we assume that the COVID-19 pandemic is the first real labor pain, then it appears to have been a test by the spirit of the world to measure the current condition of mankind’s heart, observing how the peoples of the earth would respond to coming plans and strategies of biblically prophesied globalism. Think of it like a plumber pressure-testing a new waterline in search of possible leaks. The air test allows for any leaks to be detected and repaired before charging the system with the real deal—water. It appears that this pandemic, this international end-time contraction, has been pressurizing humanity to check for leaks in three key arenas: 1) susceptibility to fear, 2) nationalism, and 3) openness to new doctrines of discipleship. This has been a test for the righteous and the unrighteous alike.

FEAR
Perhaps just as devasting as the actual virus has been the fear-driven response. No doubt, fear is the flavor of the day being fanned and proclaimed by every form of media. People seem to even be encouraging each other to embrace fear as the only acceptable and justifiable response. To even suggest that you’re not afraid is to openly invite criticism, disgust, and ridicule. To obey the Bible and resist snuggling under the blanket of fear in the land today is to be called a selfish, science-denying, hyper-religious kook. Fear was once looked down upon, while courage was held in high regard. Behold, we live in the day when fear is embraced and promoted as noble while courage is rebuffed with calls to “love thy neighbor.”

The danger with such a promotion and acceptance of fear is simple: fearful people are easy to control. Like the clichéd action-movie line invites, “Follow me, if you want to live,” fearful people are willing to follow anybody and do anything to stay alive. Psychology has long understood that fear is the key to getting people to accept choices that would normally be deemed repugnant or immoral. When the choices presented are either A) death, or B) something disgusting and offensive, situational ethics and the desire to live kick-in and choice A is avoided, even if choice B requires apostasy. The result is a population that shifts its cultural values further away from God and deeper into pragmatic secular humanism.

If I were the antichrist, I’d be pretty pleased at how susceptible the world has proven themselves to be to a global pandemic of fear. How about you, dear reader? How have you been handling this pressure test? Have you held solid to the Bible and the promise that we’ve not been given the spirit of fear, but of power, love, and a disciplined mind? Or have you been caught up in the riptide of fear pouring forth from television, internet, and that anxiety mill called social media? Remember, fearful people are easily controlled, but God has called us to peace.

NATIONALISM
If I were the antichrist and I wanted to rule the whole world, but I wasn’t sure just how open to a “one-world government” the world’s citizens were yet, I’d probably poll them just like a politician would (when considering a bid for the White House). I’d probably want to know just how much allegiance Americans still had towards America, and just how much do Germans still love Germany. I’d want to know just how Russian the Russians are, and how much patriotism there is among Chileans. Because in order to get all the nations to follow me, I’d have to position them to despise their own country enough to renounce its best interests in favor of my agenda.

Well, as it turns out, for all the talk of a one-world government, open borders, and an international currency, the world does still very much believe in their nations and the security of their borders. As we have all observed, as soon as COVID-19 began to break out, nation by nation began to shut down (not open up), expel foreign nationals (not provide refuge), and enact secure border control (not tear down walls). Although there have now been a few European voices calling for the establishment of a single international leader to oversee a unified worldwide response to similar future events, thankfully it appears as though the world still has a massive “leak” in this arena—for now. It seems the world is not as neighborly as they pretend to be.

If I were the antichrist, I would move to plug this leak by a great social and academic push for globalism. The world is still too fiercely national and independent. . . for now, at least. I believe we will see a renewed push for globalism and borderless societies all in the name of “the greater good.”

OPENNESS TO DISCIPLESHIP
At first, this concept may seem odd, but I believe it will make itself apparent. Discipleship is, at its simplest, receiving a set of teachings by which you can live your life. The spirit of this world is constantly putting forth its wicked teachings and ideologies for people to take up and live by. The god of this world, in preparation for the antichrist’s rise to power, needs his own set of disciples and he needs a population open to his way of doing things. As it stands, mankind, including many Christians, have been very resistant to God’s form of discipleship. How else do you explain Christians going to church for 20 years and still living like the world? It would almost appear that modern man can’t be discipled. However, this COVID-19 pressure test has proven something quite damning about the world’s population, and even many Christians: most people can be discipled very rapidly when it’s important to them. After all, “Follow me, if you want to live.”

Consider how many Christians, after having been fruitlessly discipled by their pastors for years and are still resistant to regular church attendance, service, tithing, evangelism, or even just clean living, have now in a matter of weeks, been effectively discipled by the Center for Disease Control (CDC), the World Health Organization (WHO), politicians, celebrities, and social media to 1) keep social distance, 2) stay at home, 3) wear a facemask, 4) don’t shake hands or hug, and 5) tattle on any neighbor who refuses to do 1-4. I believe God is taking note, and He has observed (though He knew it all along) that we can in fact be discipled and changed into a different person. We can learn new tricks, no matter how old we are, no matter who we are, no matter how set we have grown in our ways. This pressure test has proven to God that mankind is still capable of being discipled. We just may not want to be discipled after His laws.

I also see another area where the world’s behavior has manifested to their own condemnation—lawlessness. Lawlessness is the picking and choosing of what laws you will and will not obey. Lawlessness is not the total abandonment of every law; just the refusal to keep the ones that stand in your way. Paul prophesied that the hidden agenda of lawlessness was already at work in the earth. Americans can be described as very lawless. It often seems like our unofficial national motto is: Who are you to tell me what to do? From all practical observations it would appear that modern man is incapable of following the rules, but alas, the COVID-19 pandemic has revealed that mankind is not just capable of keeping laws but can, in fact, be very zealous of laws, especially brand news laws that guarantee their survival. What happened to our lawless society that proudly challenged the status quo, questioning the government’s wisdom, regularly marching in protest against some newly discovered injustice, and daring anyone to take away their rights? As it turns out, we do know how to follow laws, if they promise us life. Apparently, we will follow any law that can help us live.

To be clear, I’m not against anyone taking necessary measures to decrease the spread of sickness and disease. The enthusiastic practice of social distancing isn’t the problem. The real problem is that many Christians could care less about practicing God’s rules for the Godkind-of-life but prove themselves to be zealous new converts and even evangelists for social distancing. In short, the world has demonstrated to God Almighty that they are capable of both submitting to discipleship and obeying laws . . . just not His laws. How have you, dear reader, been handling this pressure test? Have you found yourself still resistant to biblical discipleship yet eager to embrace the CDC’s new norms?

YOUR SYSTEM TEST
If I am accurate and COVID-19 is the first of the real end-time contractions, then there are many more contractions to come. Don’t forget, once contractions start, they only increase in frequency and intensity. The next contraction may be a war, a national race riot, a famine, or another pandemic. These contractions promise to disrupt life as we know it. When a woman goes into labor, every fiber of her being knows it. Even her little toe knows that things are changing (and even that little toe will cringe to help push the baby out).

Where has your life been tested during this global event? Was it your marriage? Your finances? Your faith in God? Your faithfulness to practice the daily Christian disciplines of prayer and Bible study? Did old habits and addictions flare back up? Did you pass those tests, or did you notice some leaks? Those leaks won’t fix themselves. They’ll only grow larger. What will you do to fix those leaks? The next contraction is coming. We don’t know when. We don’t know what kind. We just know that Jesus prophesied it so, and therefore it must come. Is your house in order? The more biblical and disciplined your family, home, and life are, the less these labor pains will disrupt them. If you have found yourself grossly unprepared for this lesser event, what will you do when things intensify? Remember the words of Jesus Christ and follow Him, if you want to live.